The Heart Of Performing
Arts In Japan

The New National Theatre, Tokyo (NNTT) is Japan's first and foremost national theatre for the contemporary performing arts. Since the doors of our world-class, state-of-the-art theatre opened in 1997, we have staged an incredible array of productions, totaling more than 750. The performance season runs from October to July of each year. In a single season, we offer some 300 performances.

MESSAGE FROM THE PRESIDENT 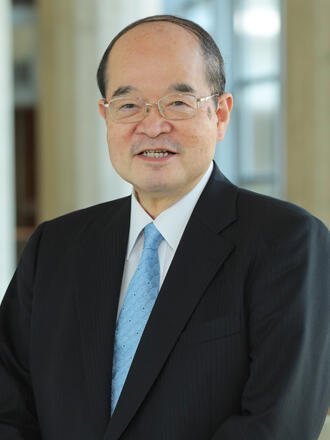 The New National Theatre, Tokyo (NNTT) opened in the autumn of 1997 as Japan's only national theatre for the contemporary performing arts. Since then, the NNTT has continued to produce many memorable, world-class performances every year under the artistic directors in three divisions of opera, ballet & dance and drama. We would like to extend our heartfelt gratitude to everyone who has supported us thus far.

Along with creating performances, nurturing the next generation of artists is another important role of the NNTT. We offer three young artists training programmes--in opera, ballet and drama--to foster professional opera singers, ballet dancers and actors. Graduates from these programmes are currently performing not only with the NNTT but extensively throughout Japan and internationally.

And mindful of theatre's role in society, at NNTT we also proactively carry out initiatives to bring performing arts to as many people as possible. In addition to offering performances intended to appeal to young people, regional performances across Japan, and collaborations such as co-productions with theatres both in and outside Japan, in recent years we have also worked on improving accessibility for theatregoers with disabilities, introduced streaming of performances, and used the theatre's open spaces to exhibit stage costumes, props and more.

The rapidly changing global situation of late has brought significant changes and challenges to the world of theatre. But it is in times like these where we should be more aware than ever of our mission at the NNTT to "contribute to the sustainable development of an emotionally rich and vibrant society". Now is the time to proactively consider new ways of staging and performing that can adapt to changes in society, as we continue creating performances and productions that provide hope and comfort to our audiences.

We at the NNTT will continue to be a global launch pad, disseminating performing arts out from Japan into the world, and look forward to your kind support now and in the future.

Find out how you can support NNTT